She’s a little quirky, not very good at holding conversations, forgetful, late, and wears odd thing. She hides during lunch and takes frequent bathroom breaks during gatherings, just to get away from the noise. A lot of people think she’s anitsocial, but she’s not.

Here are a few things about Quirky-antsocial-girl that might help you to understand her.

Noises get to her.

There’s a lot going on in her head. I mean, A LOT. She looks at the color of your shirt and considers how it will work in her next painting. You mention a book you’ve read, and she automatically thinks of how she can apply your favorite parts of the book to her novel. So, when you add noise to the noise that already exists in her head, it can be very distracting to her. She may have trouble consentrating on her environtment or the converstation she’s participating in. She knows that about herself, so she often avoids noisy environments. And what’s noise to her might not be noise to you.

Because of this internal noise, she finds it hard to say the right things. Or, worse yet, she just blurts out the noise, which leads to pressumably nonsensicle responses. To you, her comments might not make any sense, but to her, there’s a perfectly logical connection in her mind.

She’s much better on paper.

Due to the communication block, she can appear dense, but she’s really very deep and has some very cool and informed outlooks on things. She’s better at communicating if she can write things down. It gives her time to sort out her thoughts and filter some of those crazy rabbit trails out of the conversation. You might get a lot of emails, texts and hand written notes from her that are really impressive, but when you meet her in person, she’s not quite as spectacular. Rest assured, there’s no one writing her messages for her. She’s just much better on paper.

She weighs her options.

She’s very intuitive and in touch with human emotions, yours and hers alike. Because of this, she’s very aware of how uncomfortable she makes people. So she weighs her options. Sometimes, to avoid the awkwardness, she chooses isolation.

Minutes should not be wasted. 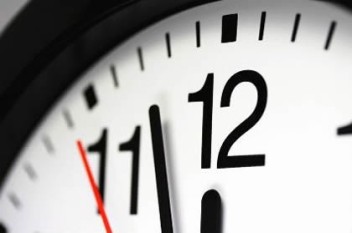 This is why she’s always late. It’s also why she’s a bit forgetful. Every minute is an opportunity to create. EVERY MINUTE. She rarely sits to watch a movie or socialize. Unless she’s napping due to creative fatigue, she’s always up and moving and doing something. She feels a little piece of her wasting away if she doesn’t. Five minutes before she needs to be somewhere, she often finds herself knee deep in an extensive project. It’s usually pretty hard for her to disconnect from it. Even when she steps away, she leaves a part of her mind behind to finish up.

People see the isolation and the oddness and assume she’s tormented, lonely or unhappy. But the truth is, she’s not. Every day is an opportunity to her. She’s excited by the smallest things in nature. She creates exciting stories in her head and is always thinking about the next project. So, don’t feel sorry for her or assume that her motives are self absorbed. She’s okay. She’s happy. She loves you, and she wants you to understand her and love her too.

Why do we love stories about the good old days so much? Why are the classics still held in such high regard? The simple answer is: We respect the struggle. 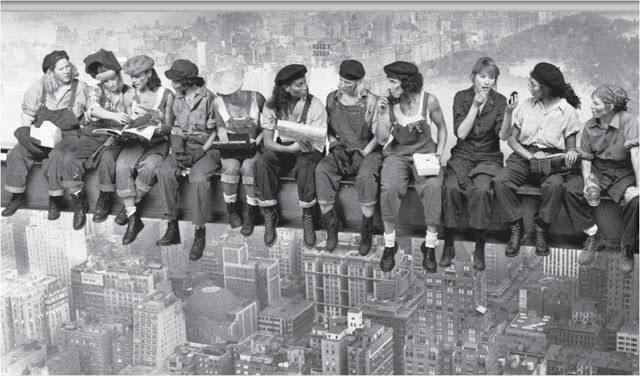 In 1960, just 50 short years ago, there were only 3 billion people on the earth. Today, it’s speculated there are more than 7 billion. Technology has exploded over the past fifteen to twenty years. Highways have widened. Foods have been modified. Fields have been turned into subdivisions. Everything is created in mass. It’s pretty hard to find anything that’s original any more. Before all of this, in the good old days, things seemed more valuable, because there was just less of everything in general.

We’ve all heard our grandparents’ stories of walking to school uphill both ways. Tales from the olden days are like lasagna, better with each passing day. Like Grandpa’s retelling of the time he fought five grown men to protect your grandmother’s secret chili recipe, stories like UNBROKEN, THE LAST OF THE MOHICANS, pirate adventures, WWII stories, and escapades of pioneer times all draw us in because we’re fascinated by the struggle of life. We have this primal urge to survive which, let’s just face it, isn’t satisfied too often in modern life. So, we fulfill that deep inner longing by putting ourselves in the place of these gritty characters when we read about them, or watch them in movies and television. We all hope that if we were in the same position we’d have the guts to do what they did, whether it’s living without electricity, crossing the country in a wagon train, or surviving the brutality of a POW camp.

There’s sort of this universal respect among humans for “the struggle.” It’s part of the reason why the classics in literature hold value even today. If you were to enter any number of classic novels into a writing contest today, they might not make the cut. With so many writers out there, criteria have been tightened up, the market has been specified, and the filtering process is, frankly, brutal. But just because these pieces wouldn’t make the cut according to today’s standards doesn’t reduce their value. The struggle for these writers was real. They wrote 100-thousand-word manuscripts by hand, more than once. They had to foot the bill to have multiple manuscripts printed out and sent them by mail to editors. There was no spell check. There was no internet. If they wanted to know the best place to hide a body, they had to go out and interview a serial killer to find out. So basically, they wrote their stories uphill both ways.

There were perks for these writers too. There was less competition. There were fewer amazing stories vying for the attention of publishers. For many, a whole step was eliminated. They didn’t have to find an agent to get an editor. So, someday, when we’re telling our story, we can talk about our struggle too. Because…

The struggle is real.